This debut Water Street Music release by The Sturm Brothers was initially intended as a family affair. Hans and Rolf both played improvisationally based music for a living, but lived so far apart that they rarely got to play together except at family gatherings. The family agreed that making a duo recording was a great idea.

Soon it became a bigger project than originally intended, including hand-drum master Glen Velez on some of the tracks. What transpired was a marvelously familial, intuitive, and eclectic experience caught on “tape”. It was decided that it should be released as a CD.

Hans and Rolf grew up in the small town of Lewisburg, Pennsylvania. They lived in a home right on the west branch of the Susquehanna River… on Water Street to be precise. During their formative years, the family traveled fairly extensively throughout the US and Europe (professorial sabbaticals and family reunions et. al.). These experiences helped to shape Hans and Rolf’s appreciation for other cultures and the arts.

With a multitude of shared experiences, the brothers have fostered a kinship that is quite evident on this recording! 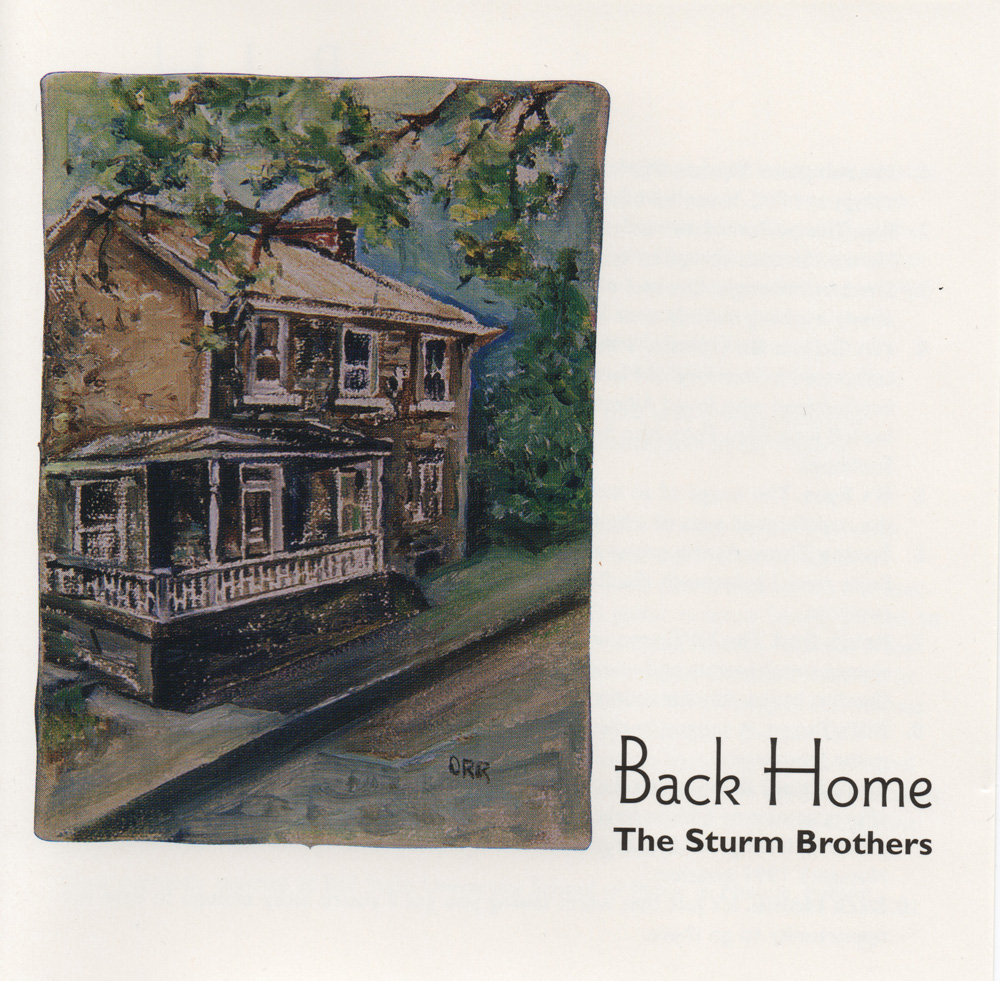 Double bassist Hans Sturm has performed as a soloist, chamber, orchestral, jazz and improvisational musician throughout Europe, Asia, South America, Africa and the United States. Sturm received his doctorate from Northwestern University and, prior to his appointment to the University of Nebraska-Lincoln, was Professor of Double Bass and Jazz Studies and Coordinator of the String Department at Ball State University for seventeen years, now Professor Emeritus. Sturm has appeared with many artists across the spectrum of jazz music including Eddie Daniels, Phil Woods, Randy Brecker, Roscoe Mitchell, and others. He has recorded for Innova, Red Mark, Music and Arts, CRI, Big Chicago, and Cadence among others. Sturm is a Past President of the International Society of Bassists and has served on the organization’s board of directors for over twelve years. He served for six years as New Music Editor for the ISB’s journal ‘Bass World’. He served on the summer chamber music and jazz faculty of the National High School Music Institute at Northwestern University for ten years.

Four time Grammy Award winner, Glen Velez is the founding father of the modern frame drum movement and is regarded as a legendary figure among musicians and audiences world-wide. Velez brought a new genre of drumming to the contemporary music scene by creating his own performance style inspired by years of percussion and frame drumming studies from various cultures. Velez’s virtuosic combinations of hand movements, finger techniques, along with his original compositional style, which incorporates stepping, drum language and Central Asian Overtone singing (split-tone singing), has undoubtedly opened new possibilities for musicians around the globe, resulting in a shift in modern percussion.

Guitarist Rolf Sturm has performed with and/or appeared on recordings featuring Loudon Wainwright, Anthony Braxton, Tony Trischka, Billy Martin, Bob Mintzer, Roswell Rudd, John Medeski, Illuminati, Eddy Arnold, Glen Velez, the Walter Thompson Orchestra, Ethan Iverson, and others. He records and tours with vocalist Jenna Mammina and he leads the NYC area band Almost Oslo. He has performed on soundtracks for film and television. His music has been featured on NPR’s All Things Considered and All Songs Considered. His solo guitar recording, “Balance”, was awarded 4 stars in Downbeat Magazine.